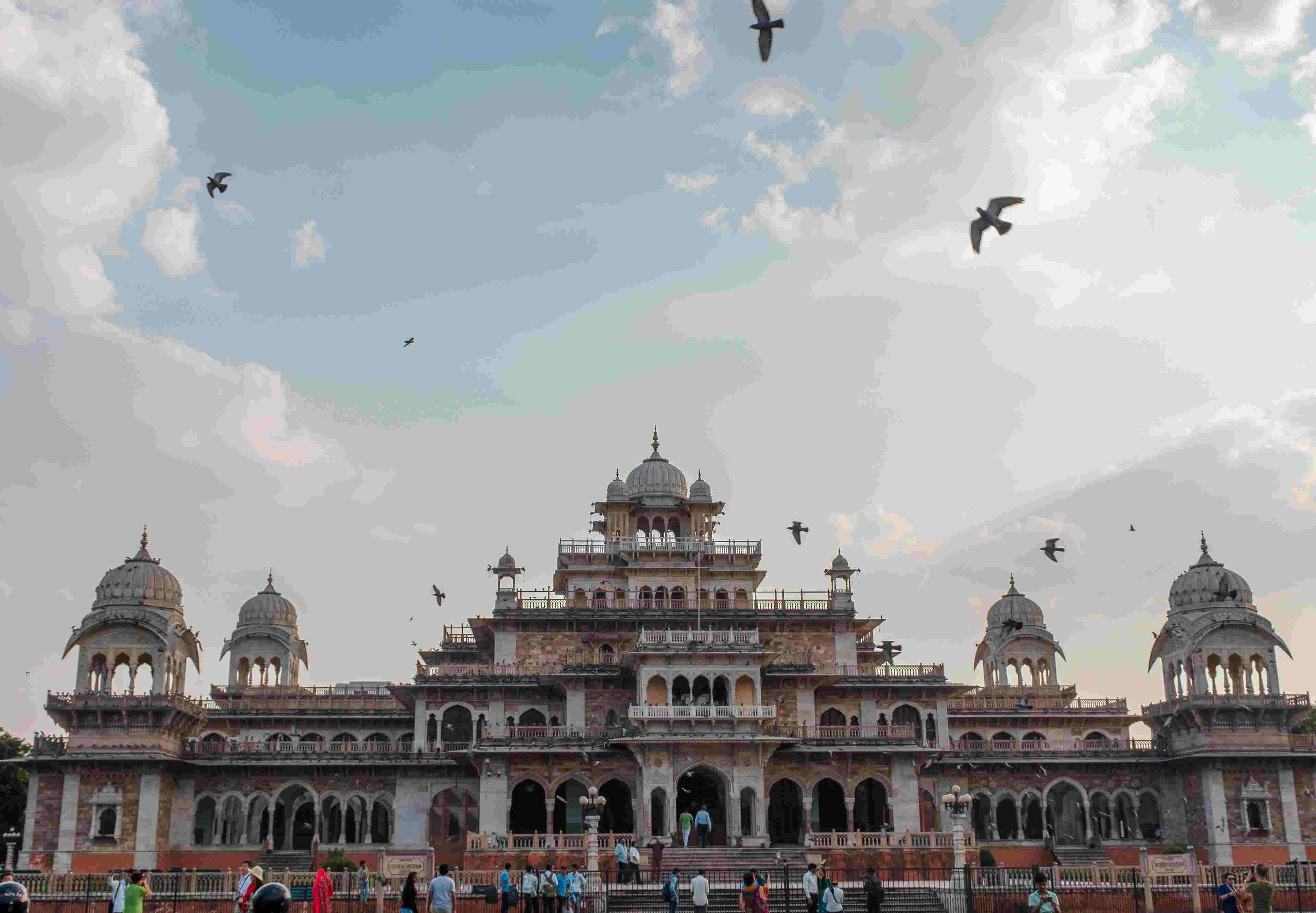 Great news! The Walled City of Jaipur has made it to the UNESCO World Heritage City list!
The Union Minister for Culture – Mahesh Sharma stated this in the Rajya Sabha saying:

“The recognition of World Heritage is a matter of great pride. It impacts the local economy by giving a boost to domestic and international tourism leading to increased employment generation, the creation of world-class infrastructure and augmentation of the sale of local handicrafts, handlooms and heritage memorabilia. Besides, it adds to the prestige of the country as well as the prescribed site.”

According to the 2017 UNESCO operational guidelines that determine the implementation of the world heritage convention, one country can nominate only one site each year. And last year, Ahmedabad became the first UNESCO World Heritage City in India. And this year, it’s Jaipur. 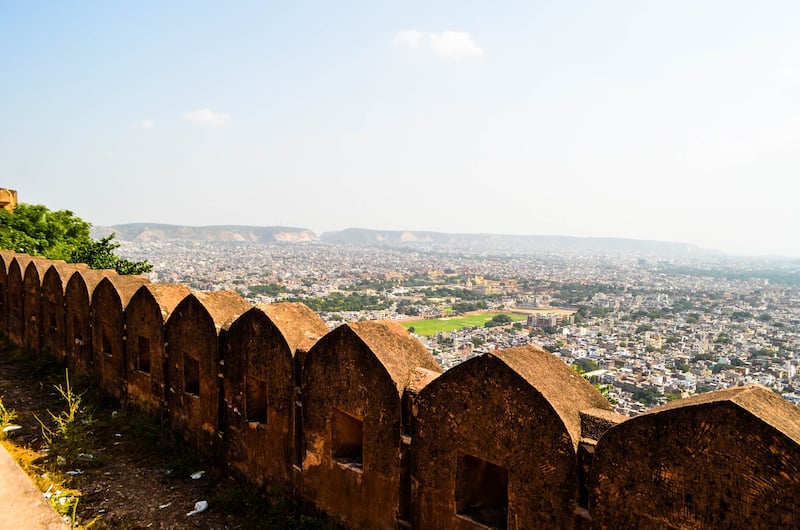 Jaipur as a city has always been an iconic tourist attraction welcoming thousands of tourists across the globe. Steeped in royal splendour, vibrant culture and majestic fortifications, Jaipur is loved by one and all, though it particularly catches the fancy of history and architecture enthusiasts. And with numerous heritage and luxury hotels in Jaipur, people also get the chance to experience living like royalty. Now emerging as an amalgamation of the contemporary and ancient, with Mughal and Rajwada principles blending into western town planning, Jaipur is a surreal melting pot of world culture and heritage. The city has come up with new ‘Instagram worthy’ cafes and boutique Jaipur hotels to attract millennials. There is no doubt that this Pink City is going to be one of the most popular UNESCO World Heritage cities.

Several UNESCO World Heritage Sites are already within its precincts, including Amber Fort that fascinates tourists with its excellent architecture and history of brave Rajput rulers. Imagine what the entire city has to offer! Let us take a look at some of the key components of the Walled City of Jaipur : 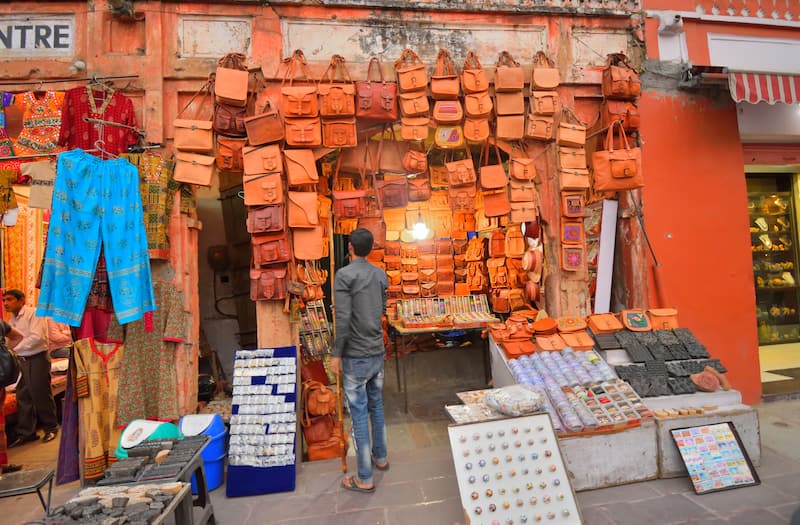 The local market of Jaipur

The local textile and handicrafts market of Jaipur was a booming commercial centre of the city. In 1729, Maharaja of Jaipur, Sawai Jai Singh II sent messages to some of the famous merchants from all over India, inviting them to settle, making Jaipur a major centre for trade and commerce. Soon, the city became a major trade centre housing a large number of artisans, craftsmen and merchants specialising in jewellery, textiles and crafts.

Till now landmarks such as Kishanpol is known for their textiles, bandhani, lohari and tie-dye fabrics, Tripolia Bazar is known for selling kitchen utensils, and goods made from iron. Manoharan ka Rasta is known for its lac jewellery such as lac bangles and earrings.

The narrow lanes of Johari Bazaars specialise in authentic Jaipur jewellery and silverware. The artisans here do fine meenakari in highly glazed and intricate work in shades of ruby, bottle green and royal blue which is a speciality of Jaipur. Also, known as the Palace of Winds, Hawa Mahal is a magnificent five-storey exterior with 953 honeycombed jharokhas. It is also credited as the tallest building in the world without a foundation. The palace has no doors in the front; one needs to enter the palace from behind. Situated in the middle of a bazaar, Hawa Mahal offers mesmerising views of the vibrant market below and the aerial view of the city. It was built for the royal ladies, who would come here to watch the bustling bazaars and festive celebrations on the streets, without being seen themselves. 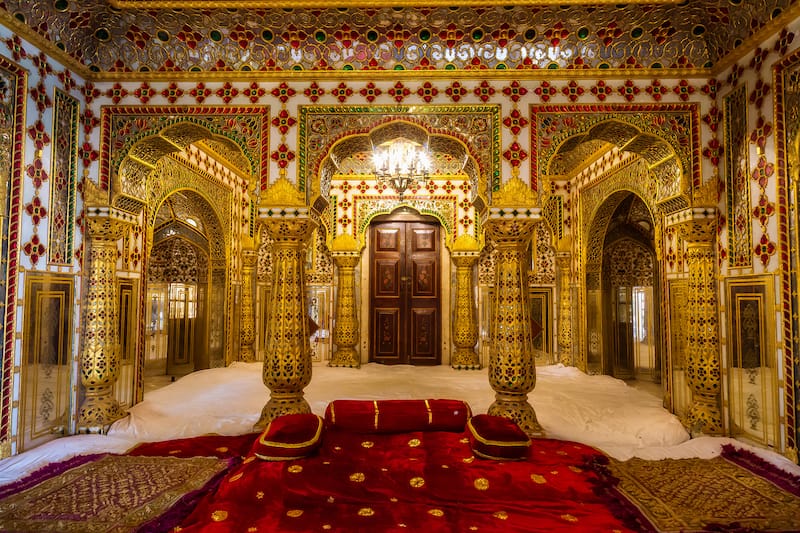 Covering a major portion of the walled city, the City Palace is a palace complex consisting of several renowned museums, palaces, gardens, and temples. This place was the seat of the Maharaja of Jaipur, the head of the Kachwaha Rajput clan and was built by Sawai Jai Singh II of Amber between 1729 and 1732. The palace complex houses Chandra Mahal and Mubarak Mahal palaces along with many other buildings; Chandra Mahal is now used as a museum.

Between the armoury and art gallery is Diwan-E-Khaas housing two colossal silver urns with a capacity of 4000 litres each and was once used by Maharaja Sawai Madho Singh II to bring the holy water with him to his trip to England in 1901. The sterling urns hold the Guinness World Record for being the largest sterling silver vessel in the world. The palace is one of the top attractions in Jaipur, but still, a large portion is used as a residence to the royal family. 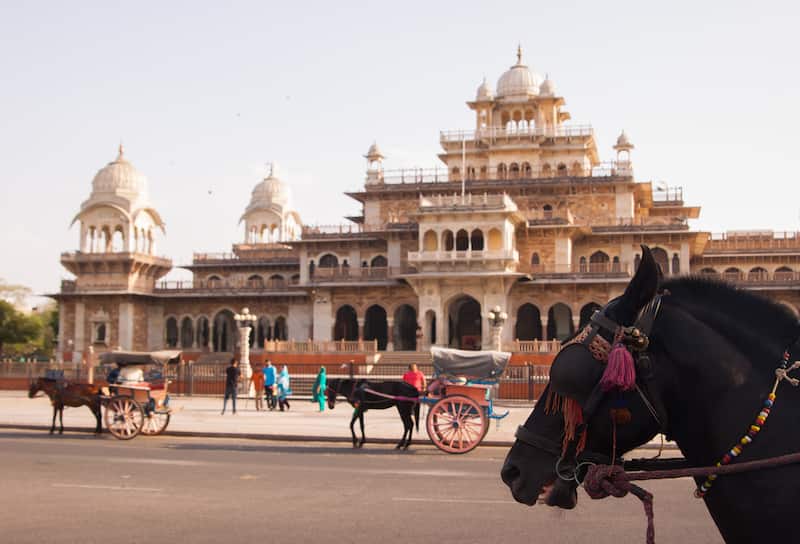 The oldest museum in the state of Rajasthan constructed in 1876, Albert Hall is known for its Indo-Saracenic architecture. This state museum is home to marvellous paintings, sculptures and interesting artefacts each telling a story of their historical significance. The museum has recently been opened for night tourism in which the surrounding lush greenery is lit up by the reflection of the colourful lights of the museum. Another UNESCO World Heritage Site in Jaipur – Jantar Mantar is a collection of nineteen architectural astronomical instruments which allow the observation of astronomical positions with the naked eye. Built-in 1734 by the Rajput King Sawai Jai Singh II, the site is home to the largest stone sundial in the world, and a must-visit in Jaipur. 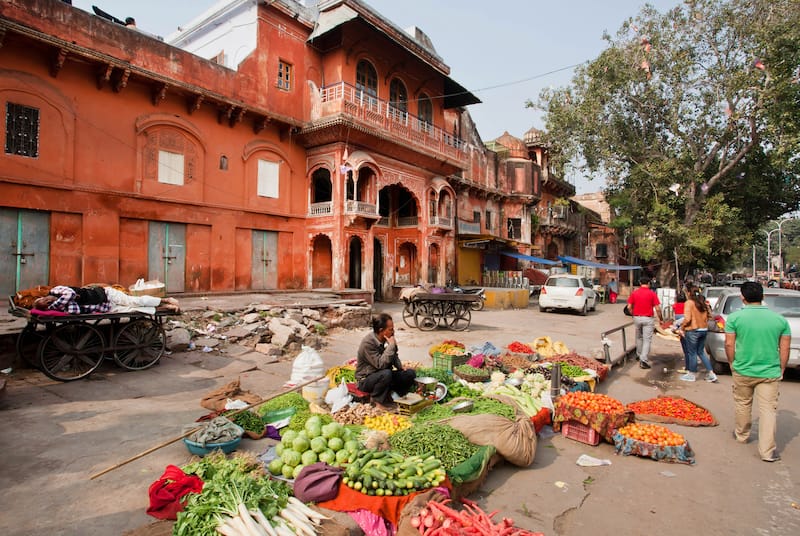 Built in 1727 when Maharaja Jai Singh II founded the city, the old city was encircled by a six meters high and three meters thick wall known as the city wall of Jaipur. There are a total of seven gates in the city wall namely Chandpole, Surajpole, Ajmeri Gate, New Gate, Ghat Gate, Samrat Gate, Zorawar Singh Gate and Sanganeri Gate.

Sawai Raja Jai Singh II partly did the architecture of these gates and the city based on the Indian Vastu-Purush-Mandala.