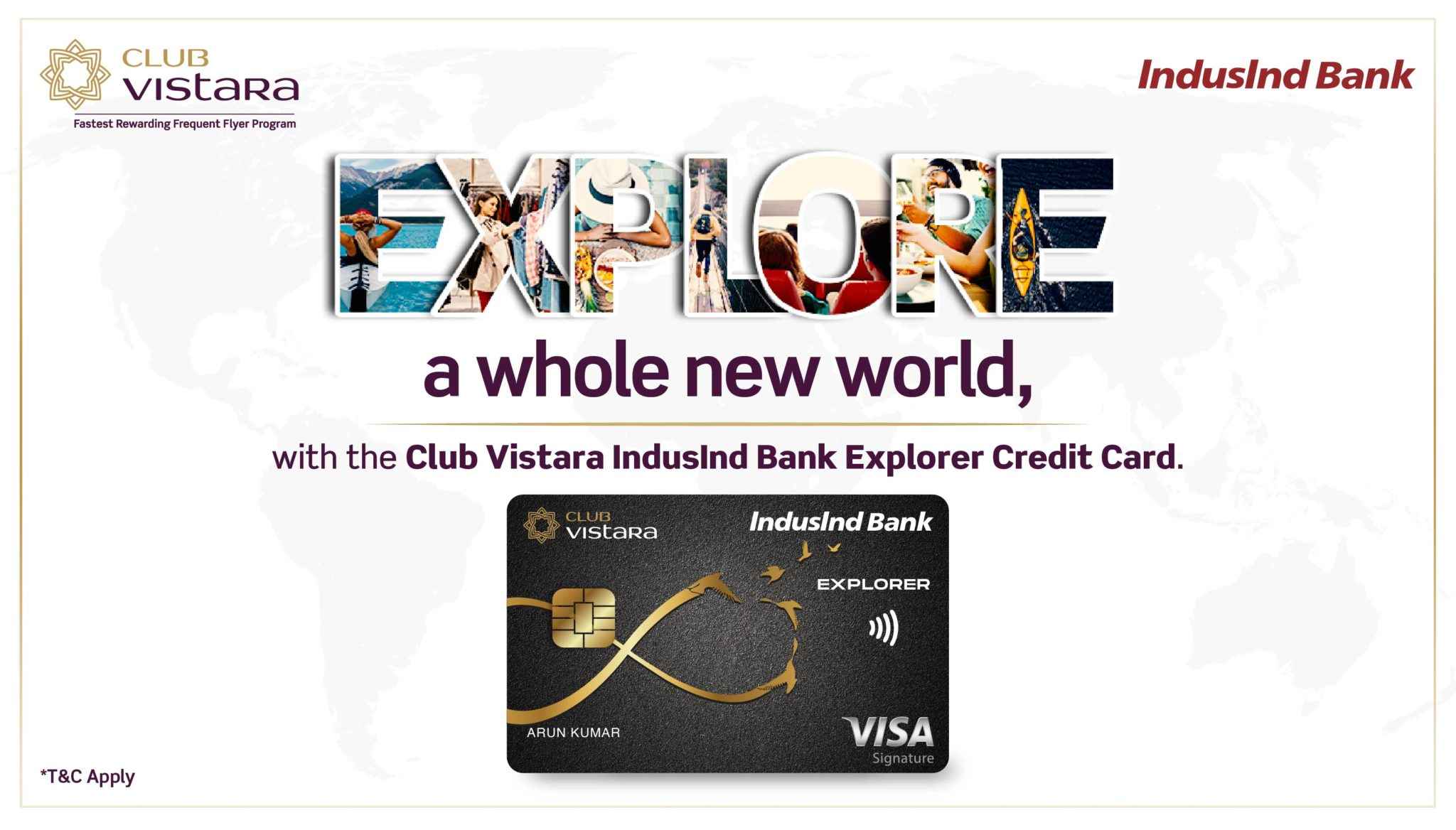 A life that’s fully equipped is a good life. But a life that’s fully luxurious, is a Grand Life. A lifestyle that allows you to spread your wings wider and explore all the new genres of life that makes it feel like a Fiesta.

With IndusInd Bank, the partnership is completely revamped, as compared to the first two partnerships. Being the first partner, Axis Bank made a deal to launch cards that catered to the entire spectrum, from entry-level cards to jaw-dropping top-of-the-line super-premium products. With SBI Cards, Vistara made a deal that allowed SBI Cards to be able to offer to its client base, entry-level and mid-tier cards, but SBI Cards did not enter the super-premium card segment with a Vistara co-brand card. Now, IndusInd enters the market with one of a kind super-super premium top-tier card.

Check out Now: Business Class Tickets at the Lowest Price

The IndusInd Bank co-branded partnership with Vistara is a pretty complicated product structure with hundreds of clauses merged together, much like most IndusInd credit cards are. For instance, back in the day, IndusInd offered a Jet co-brand card where you get more points on the weekend spend than on weekday spends. Now, different categories get different spending, with spending on lifestyle getting more points/priority than regular spending.

The card pays you back the initiation fee in the first year with the INR 25K vouchers and a Business Class (J Class) ticket, but you are on your own from the second year onwards. There is no clause for fee waiver, probably because it’s a co-branded card which is a major source of revenue for the co-brand organisations. For example, you only get a welcome J Class ticket in the first year.

It is also shocking that this card is on a Visa Signature platform and not on the Visa Infinite network, which would have allowed it to draw more perks from the Visa bouquet of network perks (unless there are plans to launch a more super-premium card later).

In this case, Vistara held all the cards in case of the product negotiation. Back in the day, having handed out a sweetheart deal to Axis Bank to provide them with a Vistara Gold membership for all its cardmembers for as long as they held the card, Vistara has not given out this perk to any other bank anymore. Here, they backed off, but only limiting it to just a year one rather than as an evergreen benefit. Well, we could say that it is a beneficial move for Vistara given the perks enjoyed by the Vistara Gold Members.